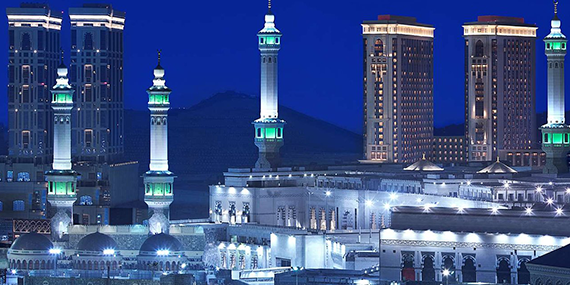 Intratour offers a variety of programs for five-stars, four-stars and economic Umrah, to meet the desires of all its customers.

What is the difference between Hajj and Umrah?

Hajj is performed within the period of time which is called “Hajj months”. According to Hijri calendar, Hajj months are Shawwal, Dhu’l-qada and the first ten days of Dhu’l-hijjah. Hajj can be performed either with or without Umrah within these months.

Umrah is the worship which is performed independent of time by doing tawaf around the Kaa’ba after entering the state of Ihram in accordance with its rules and by fulfilling some other religious duties.

How many times in a year can I get an Umrah Visa?

Under the new system there are no restrictions on the number of times that you can apply for an Umrah Visa is met.

Do women need a mahram in order to enter Saudi Arabia?

Alhamdulilah, ladies over 18 can now visit the Kingdom with the new tourist visa without a mahram.

What documents do I need?

You will need a valid passport from your country. The passport must be valid for 6 month except for USA Citizens.